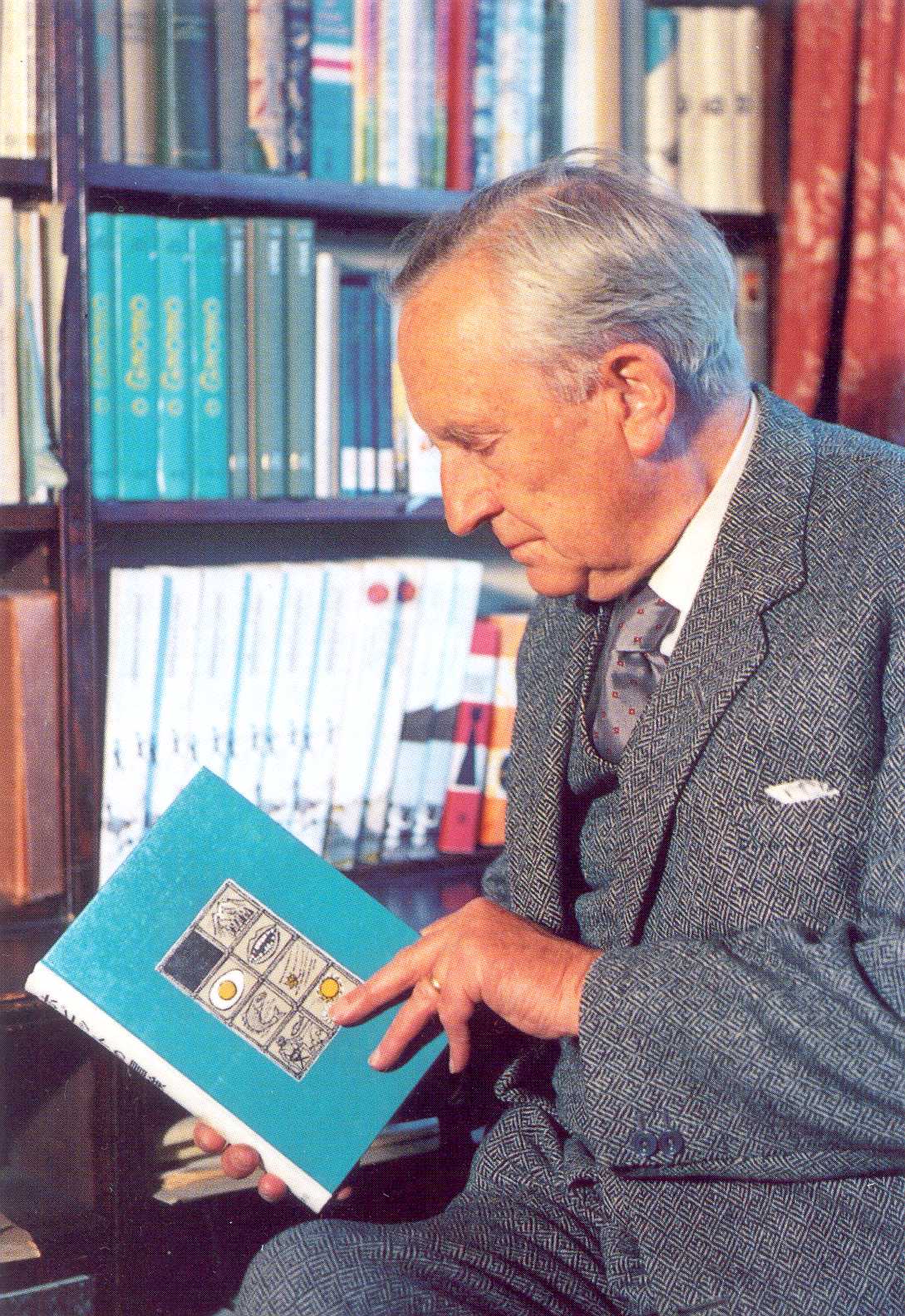 The man behind The Lord of the Rings was a lord of invention. So where did he get his inspiration?

Indeed, John Ronald Reuel Tolkien, or J.R.R. Tolkien as he is more commonly known, is one of the most famous writers of the English language. As well as being extremely high on the Forbes list of rich dead celebrities, he has also been recognized by The Times newspaper as one of „The 50 greatest British writers since 1945”.

Tolkien is perhaps most famous for his rich and ceaseless invention of language. The world of The Hobbit, for instance, is stuffed full of fantastical characters and names: orcs, hobbits, ents. And the names of people and places are part of a huge network of languages invented by Tolkien.

Tolkien is widely hailed as bringing a resurgence in ‘fantasy’ literature, with many recognizing him as creating or pioneering the ‘high fantasy’ genre. The large proportion of his work centres around fictional worlds – Arda, and its region Middle Earth, being the most famous.

Here are the books you want to read to get a taste of Tolkien:

…Beowulf: The Monsters and the Critics in which Tolkien defends and dissects a famous medieval text, and was in part responsible for reviving its reputation and popularity in academic circles in the twentieth century.

– Tolkien constructed over 20 languages in his lifetime

– His most famous invented language is perhaps Elvish, whose grammar and sounds are much indebted to Finnish and Welsh

– Tolkien even has characters who create languages: Sauron is responsible for the Black Speech, spoken by him, in the Second Age

A lover of language: where did this come from?

Tolkien’s love for inventing language has a long history. As a teenager, Tolkien had his first encounter with a constructed language, Animalic, which was invented by his cousins, Mary and Marjorie Incledon. Later he, Mary and others, invented a new and more complex language called Nevbosh. The next constructed language he came to work with, Naffarin, would be his own creation.

Tolkien received First Class Honours in his English degree from Oxford University, and it was there that he began to find an outlet for his interest in the composition of language. Latin, Anglo-Saxon, medieval English and other ancient Germanic languages were key players in his learning and formed the basis of a passionate interest and analysis of language construction.

Tolkien even worked at the Oxford English Dictionary – it was his first job after graduating and he lasted two years, working mainly on the letter W. Tolkien’s job was to investigate the etymologies – the roots – of a word.

Words like walnut, walrus and wampum were assigned to Tolkien, it seems because he had such a skill for investigating hidden histories of language. This job also allowed him to learn vast amounts about language construction very quickly.

Tolkien eventually became a professor of English Literature at Oxford University and his passion for etymology and old English roots led him to specialize in medieval Englishes, Germanic and Anglo-Saxon tongues and literature of this period.

That’s why Beowulf, a medieval ‘fantasy’, full of monsters and battles and alliterative lyrics, became one of his academic strengths. Tolkien loved the piece and used his incredible knowledge of etymology to demonstrate the sophistication of its language.

Orc: not an invention after all

Today, several of Tolkien’s own words have made it into the Oxford English Dictionary. Hobbit is just one of them, defined as:

One of an imaginary people, a small variety of the human race, that gave themselves this name (meaning ‘hole-dweller’) but were called by others halflings, since they were half the height of normal men.

However, many words we think of as great inventions by Tolkien are in fact smart revivals of ancient words that he found during his studies: orc and mathom for example are both revivals of Old English words delighting readers and audiences to this day.

invented languages, lord of the rings

Theme by Anders Noren — Up ↑